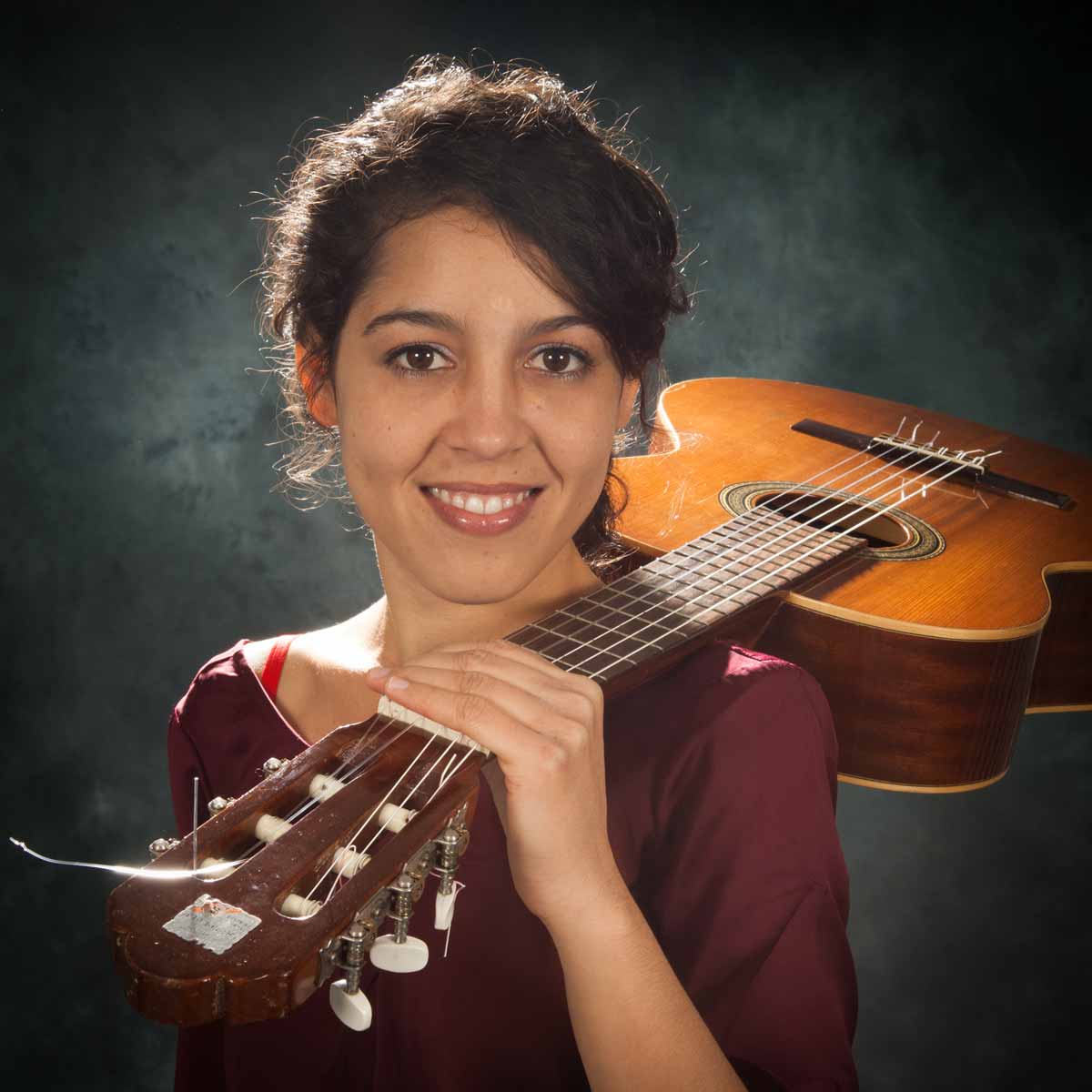 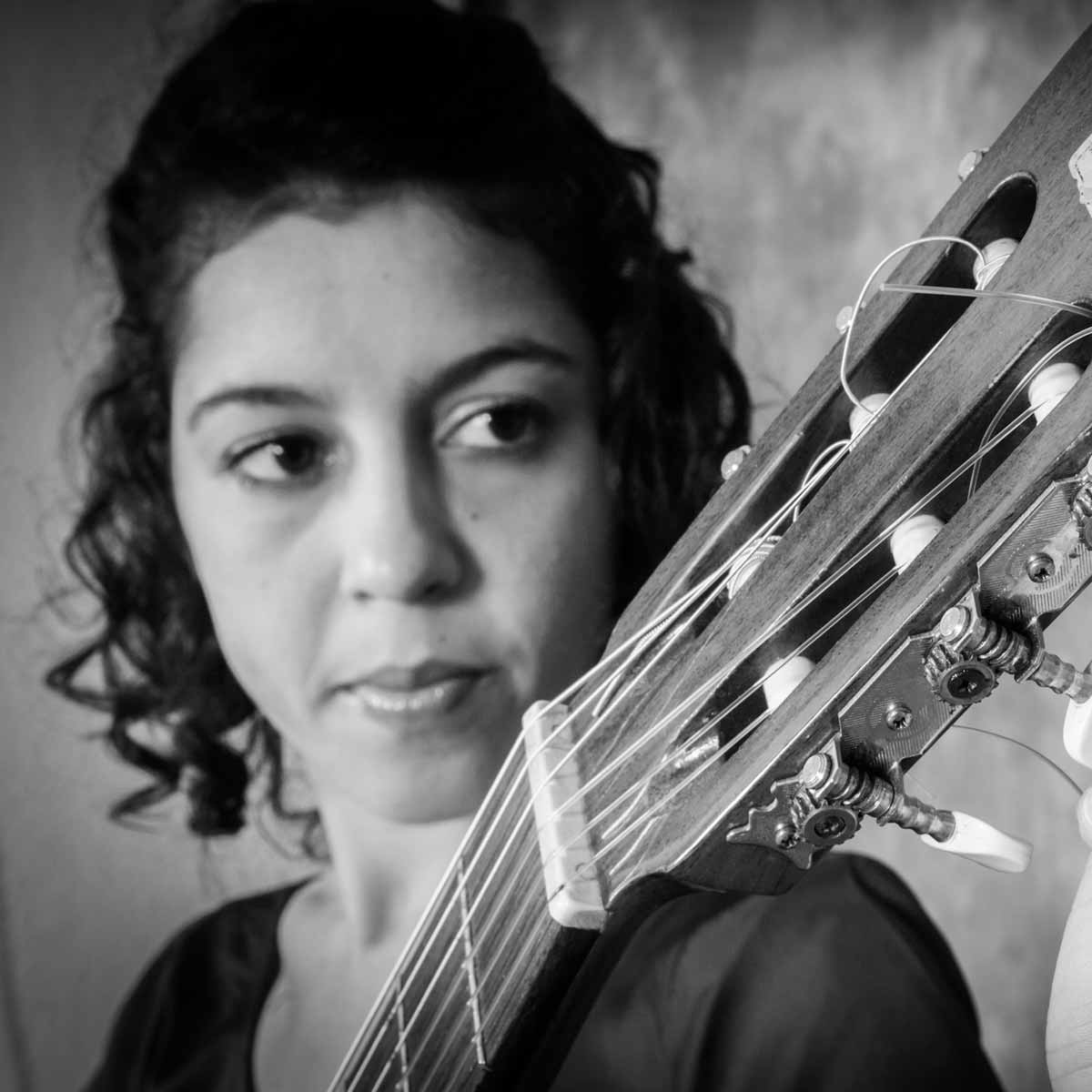 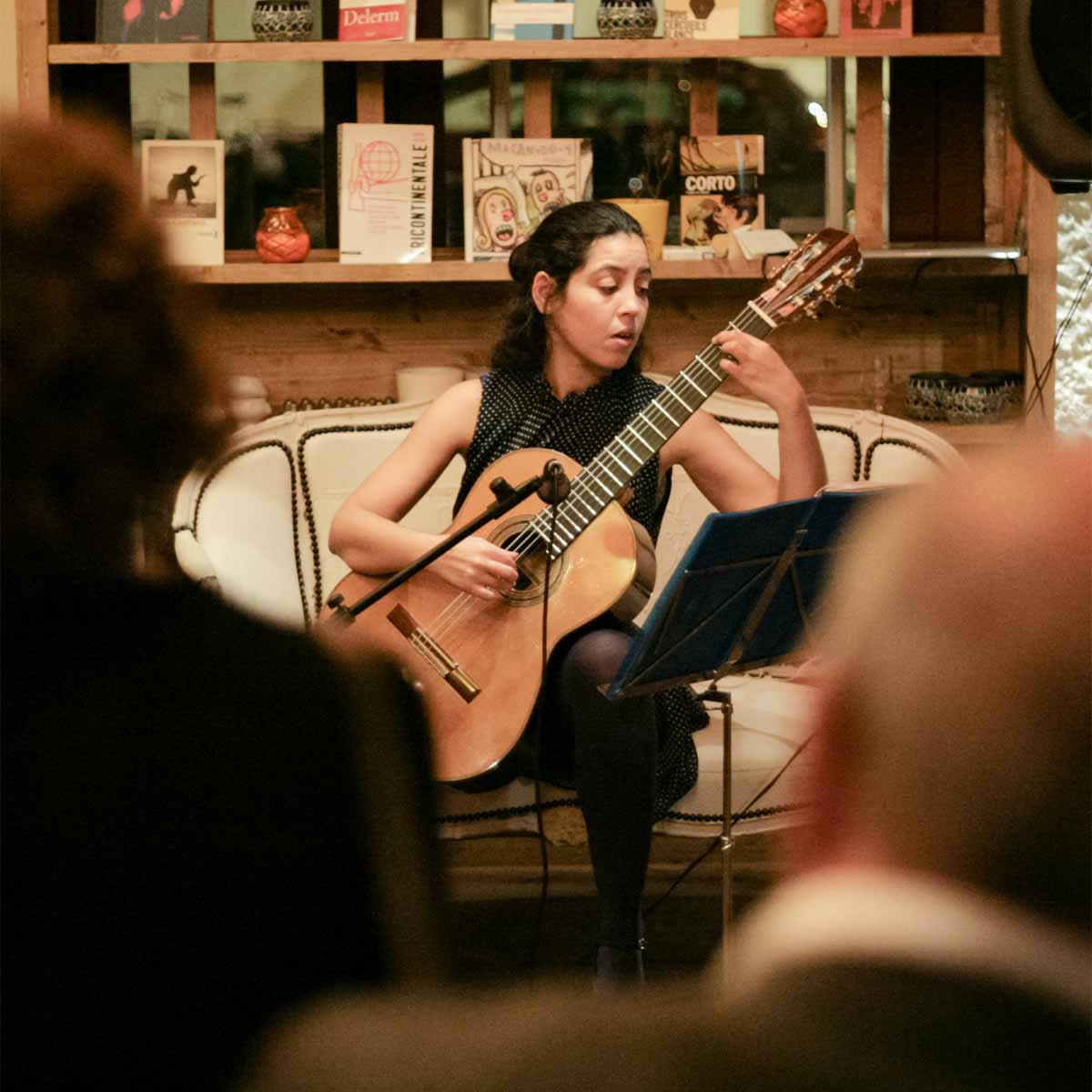 Ibet de los Ángeles began her musical studies at 8 years. In 2008, she received her university diploma in guitar from the Higher Institute of Arts in Havana (Cuba), supervised by the Doctor in Sciences of Art, the prestigious teacher and guitarist Martin Pedreira.

In 2013, she obtains her Master's degree in Performance of Classic Guitar at the University of Alicante (Spain).

As soloist and as member of the guitar’s orchestra "Isaac Nicol", Ibet de los Ángeles played in the most important concert halls of Cuba. She gave of numerous concerts in Cuba, Europe and participated in various international festivals of guitar.

At present, she works on a new project: a record dedicated to the composers for guitar of the XXth century.

Ibet de los Ángeles acquired the foundations of her teaching method with the "Cuban Guitar’s School" in which she formed from the beginning of her musical studies. She experiments and develops a technique based on the respect of the body (our first instrument). This approach, where the instrument adapts itself to the body and not the opposite, allows solving without violence technical-musical difficulties and offers a higher respect for the individuality and for the specifications of each student.

Between 2004 and 2012, Ibet de los Ángeles taught in several Regional Academies in Cuba. Since 2013, she lives in Lyon (France) where she continues to exercise her profession with students of various levels in conservatory and also throughout her private school: Cuba Guitar

To be informed of my next concert …